At Too Good To Go, we love hearing what different social entrepreneurs are doing to tackle food waste. It’s a truly innovative space – with companies trying everything: think transforming surplus fruit into snack bars, or leftover bread into beer.

That’s hardly truer for anyone than it is for ChicP. Founded in 2015, Hannah McCollum set up the social organisation as a response to the startling fact that 40% of British crops are binned due to their shape or size. Hannah and her team use wonky veg that supermarkets reject to create hummus in a variety of dazzling flavours such as beetroot, horseradish and sage - as well as banana, avocado and cacao. And she’s taking the food industry by storm. 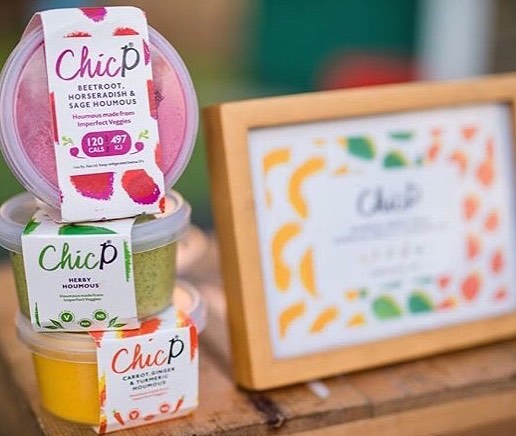 As for the inspiration behind ChicP?

'I used to do a lot of private cooking jobs,' Hannah told us. ‘I worked for a lot of larger catering corporate companies who would do big sports events, where so much food was going to waste. It used to really get to me, so I’d try do something about it, but I didn’t get listened to. That started my real passion for trying to raise more awareness about the problem.’

‘For example, in my private cooking jobs, I would always turn the leftovers into dips and hummus the next day for lunch, often putting out a variety of buffet dishes. They’d go down really well, and I managed to build myself up a bit of a reputation for having a ‘dip of the day’. So I started doing the same at home, turning the leftovers in my fridge into dips and hummus the next day for lunch. And then it hit me – there’s nothing sustainable on the shelf, and not that many healthy hummus options with raw vegetables and exciting flavours. And so ChicP was born.’

When she first started out, Hannah would go around all the London markets herself and collect leftover vegetables that she’d then use to experiment with, creating new flavours. Much has changed since then – wholesalers and suppliers now send their wonky veg directly to her. She’s now producing between 150 to 300kg of hummus per week – that’s over 1000 pots! 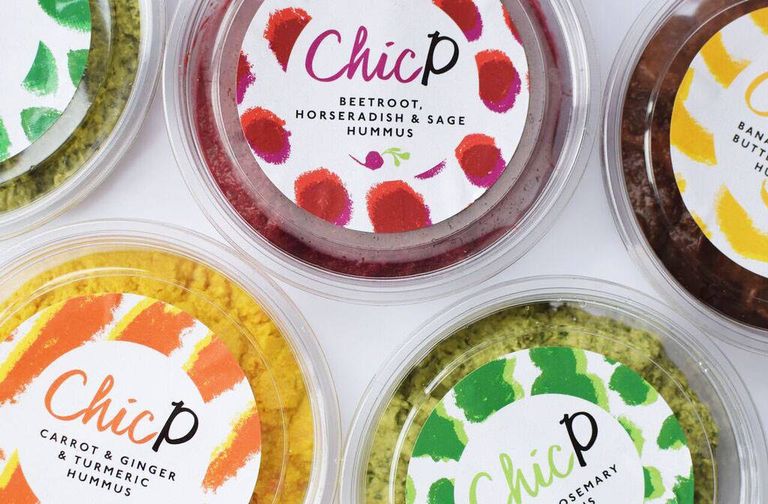 But it’s not been an easy ride. As well as overcoming the obstacles that come with trying to make food waste an attractive product, Hannah explains that she faces many logistical challenges on a day-to-day basis as she battles to get her hummus into the mainstream. One of the most demanding is that the shelf-life of one of her pots is only seven days.

‘It makes it really tricky because I have to go out and sell the product each week. If it doesn’t sell, it goes to waste – and that’s my worst nightmare.’

Fortunately for Hannah, she’s able to list her leftovers on Too Good To Go. Too Good To Go customers can pick up three pots of ChicP every weekday in Fulham for £3. Thanks to the food waste-fighting app, ChicP has been able to save over 150 pots of hummus from heading to the bin, as well as introduce their hummus to a whole new market. Check out their listing here.

Don't think you can get through three pots of hummus? Hannah has a solution: 'Just grab some hummus, add a bit of flour, and you’ve got yourself a nice falafel. With ChicP hummus coming in different colours, the falafels are really cool – they can be bright orange, purple or green. You fry them in coconut oil and they are just the most delicious falafels – you won’t even know you are eating hummus!’

How does this fit into ChicP’s grand plans of achieving a more sustainable world that moves towards vegetarianism and veganism? ‘I think ChicP can play quite a big role in raising awareness of sustainability in the food industry. My plan is to grow the business and make it even more sustainable, maintaining a small-business mentality so that ChicP can continue to be disruptive. That’s very important to me – I hope it will help people to listen, and maybe inspire bigger companies to also make a difference.’

Head over to ChicP’s website to learn more about the mission.